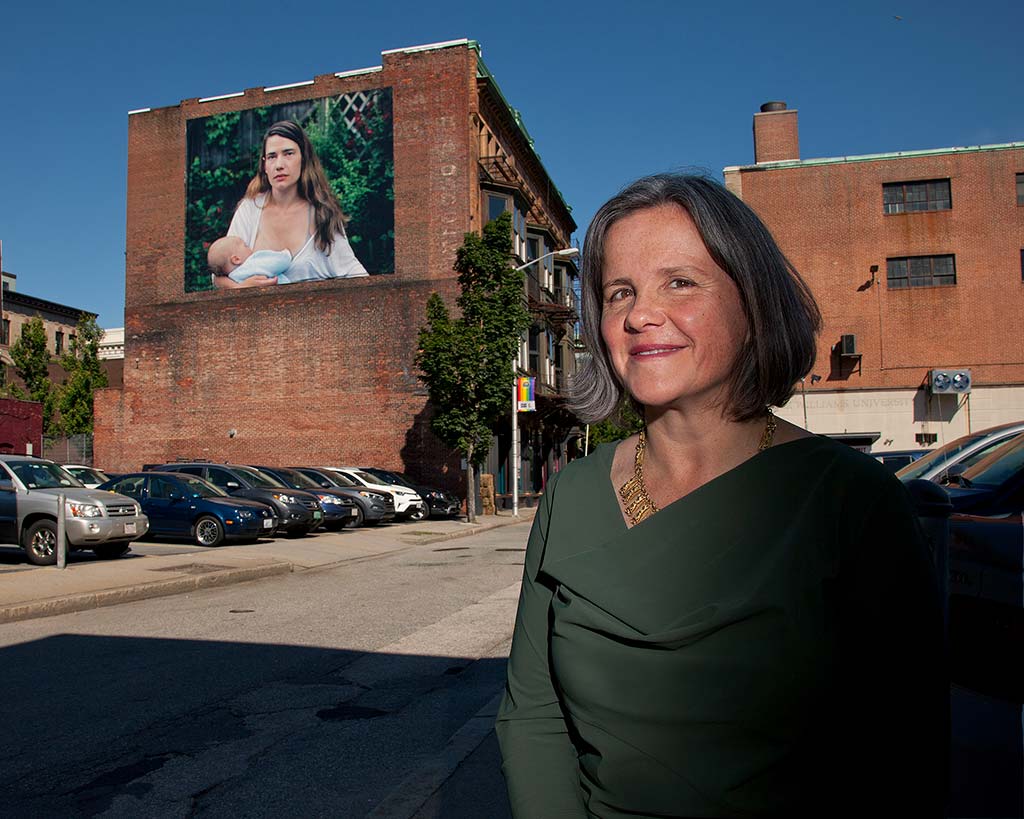 Mary Beth Meehan is a photographer, writer, and educator, whose work reflects and engages communities. 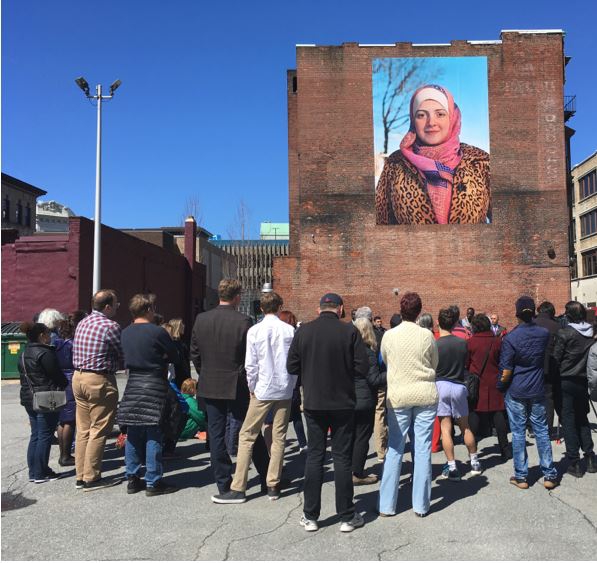 Mary Beth Meehan's installation of banner-sized portraits in downtown Providence has expanded to include five new pieces, including a banner installed at RISD Museum of Art. These larger than life depictions of local residents asks viewers to consider the individuals around them, to investigate their own preconceptions and process of seeing, and to question what civic rights look like for all members of their communities. In addition to local programming, including the Providence Arts Festival in June, the banners are intended to be included in the 50 State Initiative, including a For Freedoms town hall at the RISD Museum, in October 2018.
Billboard 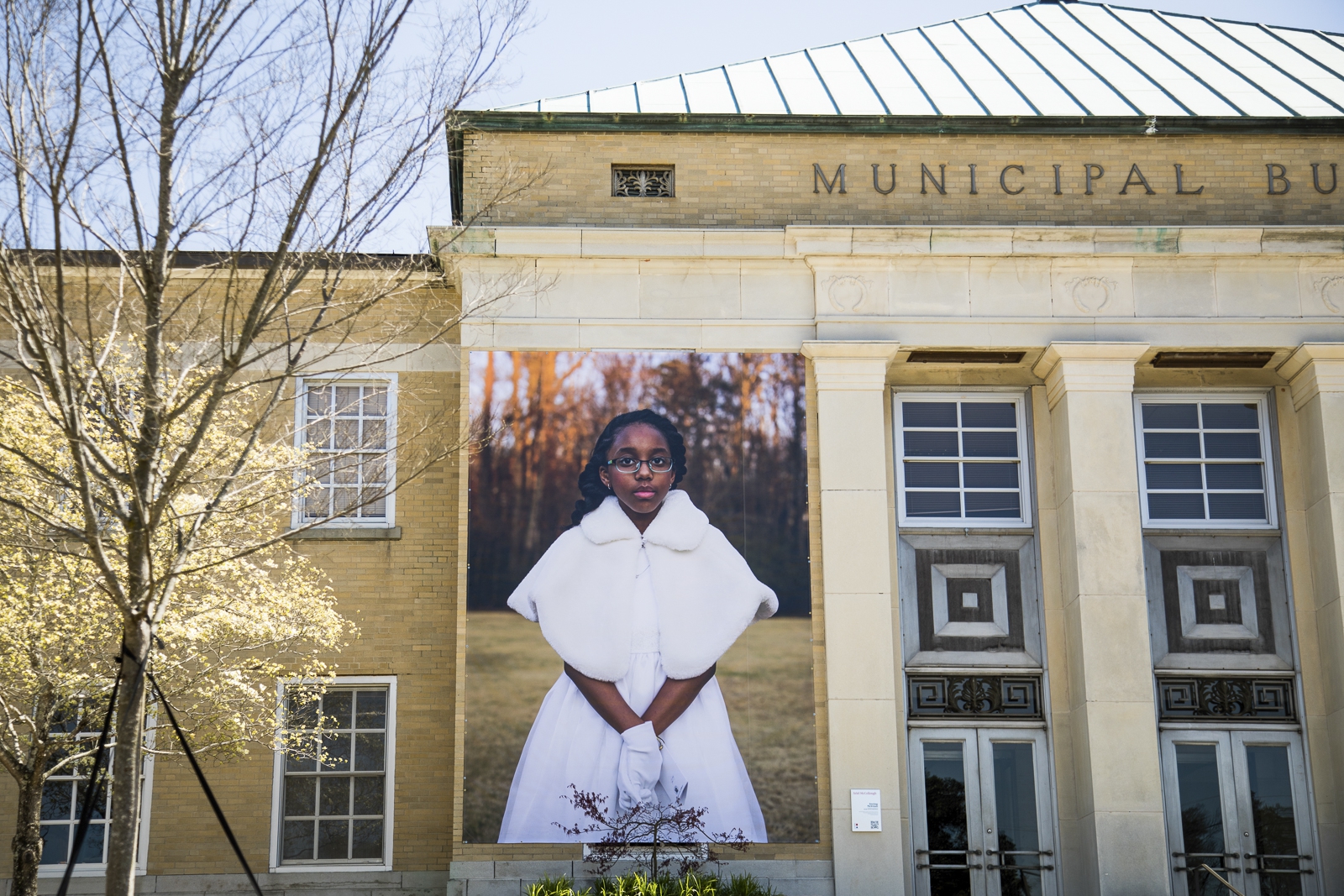 In April, 2018, Newnan, Georgia, was in the national news when Neo-Nazis held a rally there against citizens’ wishes. One year later, Newnan makes news again when Mary Beth Meehan hangs her massive yet intimate portraits on the streets of the city’s downtown. In 2016, photographer Meehan was invited to a two-week artist’s residency in the town an hour south of Atlanta. She spent the next two years working to understand Newnan’s history and people through a process of collaborative portraiture, photographing and hearing the stories of numerous residents. Meehan’s photographs include members of the white, black, Latino, Muslim, wealthy, and working-class communities – a mix of everyday people. As the massive portraits were being installed in Spring of 2019 on the outside walls of buildings, conversation and controversy erupted – among neighbors and on social media – about Who Represents Newnan. By exhibiting her intimate portraits on a celebrity scale, Meehan has jolted people to examine their preconceptions. The installation will remain in place for one year, providing a springboard for public engagement and serious dialogue – which has already begun. Newnanites are deciding what matters most to them about such issues as race, religion, ethnicity, inclusiveness and diversity. Meehan has previously won accolades as a civic portraitist. Her blog “ReSeeing” will explore her process in Newnan. View the complete portfolio of images at: www.marybethmeehan.com/newnan Installation views will be posted as they go up at: www.marybethmeehan.com/newnan-installation ReSeeing, the blog, will be available beginning in May, 2019